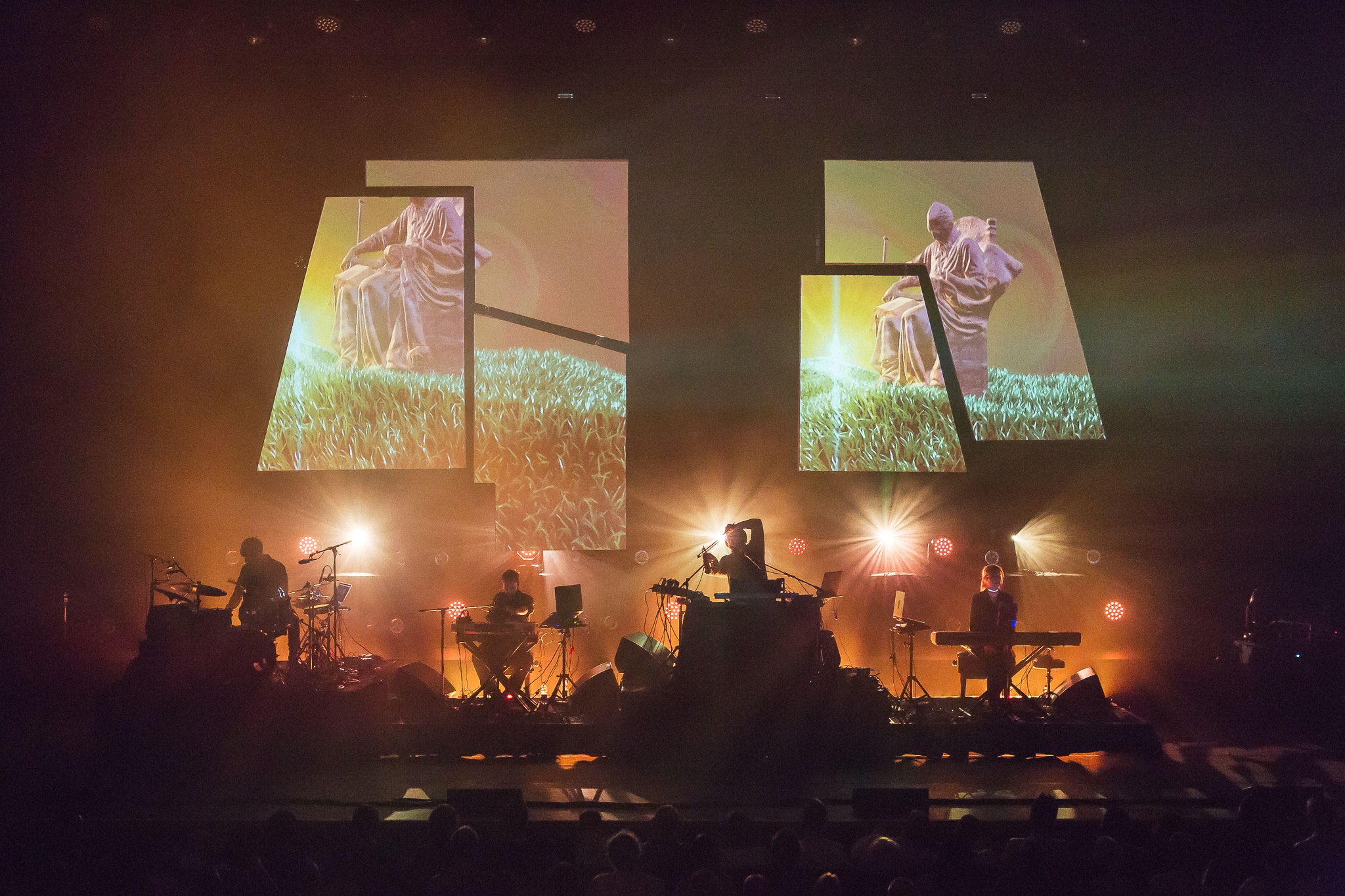 Working closely with Daniel and his associated artist Nate Boyce we created a touring concert environment that accompanied the experimental sensory electronica and video set that makes MYRIAD a visually compelling experience.


"The songs from Age Of, particularly those in the latter half of the set feel denser, more physical, and - in conjunction with the lights and video work - it’s hard not to feel like you’re being subjected to a sensory overload. It’s as though you just spent the last hour and a half plugged into a machine that transmitted the entirety of human existence into your brain, with all its hopes and anxieties amplified."